Necessity Is the Mother of All Invention

The Story Behind Hillz Tech Ltd

When you feel the need to do something different with your life, one of two things might be happening; you are either heading into a midlife crisis or you’re being called in a different direction. This product journey and development was a little of both.

I worked as an employee in the research and development field for about ten years when I felt the call to move to self-employment or should I say unemployment depending on the day. I, therefore, spent some time reflecting on what it was I needed to do. Over the course of six months, I looked down many avenues to create revenue streams. Originally, I believed that a computer machining centre was a great option, and after much reflection, I moved forward to buy one. I reviewed the machine and made a generous offer that I thought wouldn’t be refused. However, the offer was refused so I believed that this avenue was not meant to be, but these closed doors kept happening at a very exhausting rate into all business ventures I investigated. Apparently, my job at that moment was to wait and be patient; however, this was not and is still not one of my best character traits.

Out of the blue I received a call from a friend who needed some research and development help. Her father was struggling with stair mobility, but he refused to use a stair lift. She wanted me to design as they described it, a walker for stairs, and so I began the quest to research and develop a stair mobility product. I did some quick calculations and hand sketches and believed I had a good idea how to accomplish this, but before I went too far I wanted to check the internet and see what already existed. In the world today, you will find that there are a lot of brilliant people out there that have already conquered the same problems you are facing because they needed to. A basic internet search revealed that the same was true about this stair mobility issue, when I discovered The StairSteady. 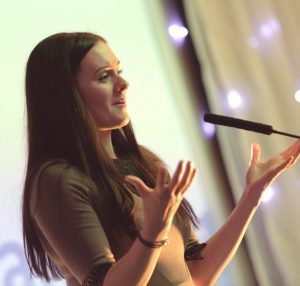 The StairSteady was created in the UK by a brilliant, young woman named Ruth Amos. Staircases in older UK homes are often very narrow and cannot accommodate a stair lift. Much to my dismay the product was not being sold in North America because Ruth wanted to keep the environmental footprint of the product small. However, after several communications with Ruth, I realized that importing the product would not be the correct path because the shipping costs would drive the cost too high. I again knew it was time to spend some time in reflection and decided to contact a friend who had been in the mobility business for years. After reviewing the video, he suggested that I should consider securing the rights to this product and look at manufacturing it here in Canada.

This seemed like a great idea to me so I contacted Ruth to see if she would be interested in having us manufacture the product in Canada. However, she was already in negotiations with another organization to do just that. Disappointed, I believed that another door had just closed, but I left it in prayer. Three months went by when I received an email asking if we would still be interested in moving forward with the product in Canada and after multiple conversations we agreed to have a look.

I knew at this point I needed to actually get my hands on the product to test it personally, so I hopped on an aircraft and flew over for a visit. I spent time touring the local facilities and testing the product that was installed in a home, and by this time I was almost convinced that this should be my new business path. The initial concept of the product was and still is brilliant, but for the large-scale production we hoped for Canada, the product in its original state would not work for us and needed to be altered. Upon returning from the UK, I realized I had more questions than answers. After a lot of calculations, research, cost analysis, and reflection, I knew I needed strong confirmation to go this direction because the project would require monumental funding and expertise. It is my belief that if something is meant to be then confirmation will follow. It is then you should make your move. As a result, I left it in prayer and waited.

As I waited I knew one of the first hurdles I had to cross would be finding people still manufacturing in Canada since so much has moved offshore. The first step in the solution to this problem came in the form of a person who was to become my business partner. Rob Braithwaite was a tool maker, and we would need to make numerous tools. 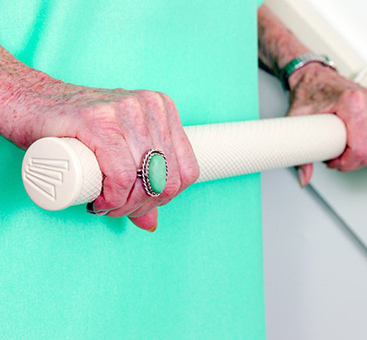 We began the process of designing the product to be manufactured in Canada, and after two years of working on this, money was running short. We took this problem to prayer, and as usual in short order someone showed up wanting to invest in the company without us pursuing anyone. This put us in a position to start the physical work of making the tooling for the product. The first step was to run the saddle tool we created. The tool worked flawlessly; however, when we checked over the parts, we found the part was out by 1/8 inch. This was a big expensive problem. When we disassembled the tool, we found that all the components were correct and that lead us to only one conclusion; the tool design was incorrect. When we looked at the drawings, we realized the designer had made a very expensive mistake. Patience, I have already stated, is not my strong suit so I was about to call and have a very pointed conversation with the designer when I felt a check to leave it alone. I fought this urge for hours, but finally gave in and left it alone and moved on. Several other tools were built and ran with very few problems and great success.

Our next step involved creating the components that allow the handle to slide and lock. This process was not going smoothly so we brought in a consultant to help us work through these pieces. A week later, he came back with a solution that would work, but there were two challenges with this solution; one we needed to make another tool and the saddle needed to be 1/8 taller. As you remember the great news was that the saddle was already 1/8 inch too tall. What we originally thought was a very expensive mistake saved us thousands of dollars. Another request fulfilled.

The next challenge was building the other tool we needed to make this solution work. This is normally not an issue if you have lots of financing. However, the funds at that time were very low so we did what we do best and that was to take it to prayer. The next day my business partner was at a customer’s facility and noticed that there were a number of tools in the shipping bay. After inquiring, he was told that those tools were retired tools, and he was welcome to any that suited our needs at no cost to us. Another request fulfilled.

At this point in the journey, the product progress needed two more things to happen; one we had to do an over mould to the sliding pieces and two we had to find a powder coater. A number of years prior my business partner had purchased a piece of equipment called a plastic injection press from a school with the thought to use it as a revenue stream. As we moved forward with StairSteady, he tried numerous times to sell it and even went so far as to list it way under market value with no success because it turned out that this was the exact machine we needed to build the over mould. We did not need to out lay any money to achieve this step. Another request fulfilled.

The tooling was finished, we ran the product, and it was ready for powder coating. This should have been a simple last step, but the product requires specific tolerance to the paint or the system will not work well. After testing five different powder coating companies, we came up blank. No company could make the tolerance and still be cost effective. So we needed to sit and wait and reflect again. Wait, wait, wait.

The weekend rolled around, and I was going about my usual routine and in the middle of it a thought popped into my head – ABC. I thought I was losing it! ABC what? …powder coating? I quickly checked on the internet and found ABC powder coating located only 30 minutes away from our shop. I wasn’t totally excited yet because they still needed to prove they could do the work for us in a cost-effective manner. Not only did they fall into the tolerance measurements, but they actually packaged everything and delivered it on budget.

As all these things unfolded over the course of three years, in the background, websites were created, post sales were gathered, and product awareness was developed. We faced external challenges because the whole home health care industry was in turmoil. The government support for home health care was also dramatically cut and that meant that the costing and pricing of the components had to reflect these changes. On top of all of this, the companies interested in carrying our product were purchased by a large corporation and all the contacts we made were no longer in their respective positions.

The product had been produced, passed its certification, and was ready for market. The challenge we then faced was the mobility retail sector had changed so much we had to start from scratch again. The good/bad news is that our population is aging and will need assistance. We knew the demand was there, but we just had to access it.

An exhausting round of phone calls and emails to try and generate interest in the product to a retail store generated nothing. The mobility corporations were so busy putting out fires and trying to stay afloat in the tough economic state they didn’t want to take a chance on a new product. Again, it was time for reflection.

Moving forward on some revenue generating work seemed like the most important thing to do. As we reflected we realized that the next step of marketing could be our demise. Website sales were slow, but steady which was an encouragement. After much reflection, I chose to walk away for a time to see what would happen next. My mind was busy with worst case scenarios and planning exit strategies, but three things kept coming to mind that needed to be attended to. These three things were of a personal nature and once I had dealt with two of the three I felt better about the general state of the situation. The third was a character changing step, but sometimes it takes a character change or perspective change that can in fact move you forward. This was in fact the case I faced.

I completed all three steps on a Monday, and the very next day McKesson Pharmaceutical Ltd called and wanted to see the product. We met with them on Wednesday and by Thursday had begun contract negotiations. Another request fulfilled.

To date we are now in 142 stores across Canada and looking forward with anticipation to the next part of this journey. So, was it a midlife crisis or a calling in a different direction out of necessity? Either way it has been an exceptional journey!

Philippians 4:13 – I can do all things through Christ who strengthens me.

Get Started Now!
How It Works 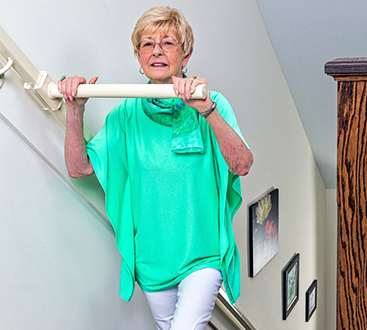 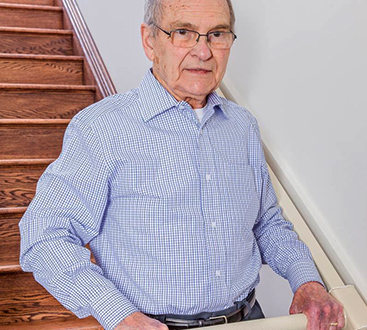